When you book with an account, you will be able to track your payment status, track the confirmation and you can also rate the tour after you finished the tour.
Sign Up
4376
DetailsItineraryAccommodationPrice & DatesPhotosFAQReviews

Arrival in Colombo International Airport and meet with our representative. Transfer to Negombo (approx. 40 minutes drive).

Continue to Anuradhapura. Climb Mihintale sacred mountain. Mihintale is a mountain peak near Anuradhapura ancient city, believed by Sri Lankans to be the site of a meeting between the Buddhist monk Mahinda and King Devanampiyatissa which inaugurated the presence of Buddhism in Sri Lanka. It is now a pilgrimage site, and the site of several religious monuments and abandoned structures.

Today you have day of leisure to explore the surroundings or do for example one of the following optional tours:

Option 1: Explore UNESCO’s World Heritage site of Anuradhapura’s “Atamasthana” or eight sacred places are a series of locations in Sri Lanka where the Buddha had visited during his three visits to the country. The sacred places are known as Jaya Sri Maha Bodhiya, Ruwanwelisaya, Thuparamaya, Lovamahapaya, Abhayagiri Dagaba, Jetavanarama, Mirisaveti Stupa and Lankarama. They are situated in Anuradhapura, the capital of the ancient Anuradhapura Kingdom.

Option 2: Safari in Wilpattu National Park, home to large number of Leopards in Sri Lanka, Wilpattu is the most beautiful national park in Sri Lanka. Picnic breakfast, lunch and refreshments will be provided.

Option 3: Puranagama, The Ancient Village. Visit the the inheritance of Sinhalese culture, the lake (Wewa), the Pagoda (degeba), the village Gama and the Buddhist temple Pansala. The villagers honored monks offering them the greatest respect. As the ancient village was originated centering the lake and the paddy field, livelihood of the dwellers was farming. The paddy fields were given a godly respect by the village folk, thus the rituals and prohibitive precepts were highly considered and practiced without fail. They considered it as paying their gratitude to the fields for nourishing and keeping them alive.

After breakfast transfer to Sigiriya – 1 ½ hours drive approximately. Lunch at Back of Beyond Dehigaha Ela Eco Lodge. Afternoon Safari in Minneriya National Park to see large herds of Elephants.

After early breakfast visit Sigiriya Rock Fortress then explore a local rural village by bicycle in Habarana and Sigiriya. You’ll be joining our guide for a cycling trip in the countryside, exploring typical Sri Lankan rural villages where you can experience the day to day lifestyle of the villagers. The trip takes you amongst rice and vegetable fields where you can learn about local farming and how they protect crops from the wild. Finally, you’ll visit a village house and interact with the local villagers. Experience a home cooked village lunch.

We will have a stop in Nalanda Gedige the center point of Sri Lanka with a wonderful budhist history and nature paradise for bird watcher. We pay a visit to see the Shri Muththu Mari Amman hindu temple in Matale.

This particular temple is dedicated to the god of rain among hindu devotees. Shri Muththumari Amman kovil or the temple is completely different from everything that is seen in other parts of the world except Asia. This visit will be pleasant and give you an opportunity to have an insight into the Hindu Culture.

In the evening do a city tour including evening visit to Temple of Tooth Relic, and then set you free in Kandy town to explore it on your own.

After early breakfast Continue to Sri Lanka’s remotest village, Heeloya (1.5 h drive),Set at the foothill of the Knuckles mountain range, this village is the perfect destination if you want to immerse yourself in the olden-day customs. You will visit a typical home, meet the locals, join them in the daily activities, and cook with them.

The main livelihood of the village is paddy cultivation. And also home gardening, livestock and spice trading. Villagers engage in toddy tapping and beekeeping as extra income sources. Further, handicrafts and traditional dances supports them too.

Being a very traditional village, it is unique in that it identifies itself with practicing even to this day some local customs in daily life. Tourists are encouraged to work and become part of the village life. Mainly by engaging in plucking fruits and vegetables for a meal to prepare according to the local taste. They would also get an opportunity to watch many other aspects of this village.

Visitors to Heeloya can get a feel of the life in a typical village in addition to trekking and sight-seeing and a culinary experience in true Sri Lankan style!

Get on board the scenic train at 12:30 pm to Ella (4,5 hours). You will be received by our driver in Ella train station.

A small, yet astonishingly beautiful town Ella, located close to Nuwara Eliya. Explore the beautiful nature of Ella and the surrounding by hiking or cycling. Your guide will assist you with things to do in and around Ella and Hali Ela.

You have time to continue enjoying and exploring the nature of Ella until your transfer to Tissamaharamaya. On your transfer we will visit the Ravana Falls and surroundings and have lunch. And you will have the opportunity to enjoy the beautiful landscapes and take pictures. (5 hours drive).

Evening lake fishing and dinner of the catch with a fisherman’s family in Tissamaharama is sometimes possible on request.

After breakfast, leave for Yala Nationalpark to explore Sri Lanka’s unique wildlife in a half day Safari (5-6 hours). Yala is the ideal place to spot the “big four” of Sri Lankan wildlife, the elephants, the sloth bear, the inclusive leopard and the wild buffalo and many more animals.

After breakfast transfer to Galle (4 hours drive). In the afternoon Visit the Natural silk factory, cultural sites and enjoy the endemic fruit juice of Mangrove apple (Kirala) on your way to the Dutch Fort.

Overnight stay: Homestay in Galle (B/-/-)

After breakfast, leave for full day Galle tour (10 hours) and experience pot making, lace making, white virgin tea production while tasting a cup of natural tea, stilt fishing & grab a corn with a king coconut on the street before visiting the Rumassala mountain. The Hindu epic Ramayana refers this particular mountain as Hanuman, the monkey king grabbed this piece of soil from India & placed it in Sri Lanka.

Dinner will be organized over a local cookery class at Galle Organic Kitchen. You will be able to visit local organic market to pick the most preferred local veggie and prepare a local cuisine with the guides family for an authentic local dinner.

After breakfast visit the Turtle hatchery. In the afternoon transfer to Colombo, the capital city of Sri Lanka.

After breakfast we are heading to the Colombo city tour to get an intimate look at the Sri Lankan capital of Colombo, doing 2-hour sightseeing trip by tuk-tuk with your driver guide. Travel like Sri Lankan locals do as you weave through traffic, stopping to check out city landmarks like Colombo Harbour, the Pettah neighbourhood, Wolvendaal Church, Independence Square, Gangaramaya Temple, and much more. After special lunch at Thali restaurant you can continue visiting Colombo on your own or do an optional tour.

After breakfast proceed to the airport in time for the connecting Flight. (B/-/-)

All accommodations on our tours are in, primarily, family run home stays, farm stays, Eco friendly small hotels. The food in the accommodation is primarily sourced locally or organically grown in the own garden and the large number of dishes on the menus are home made. We encourage and educate local guides in the villages and hire them in places where their expertise and local knowledge will enhance your experience and understanding of historical context and on the environmental impact of your visit.

We work together with a variety of different homestays and eco hotels. Their room availability will be checked at your booking. If one accommodation is already fully booked, you will stay in a similar accommodation of the same category. 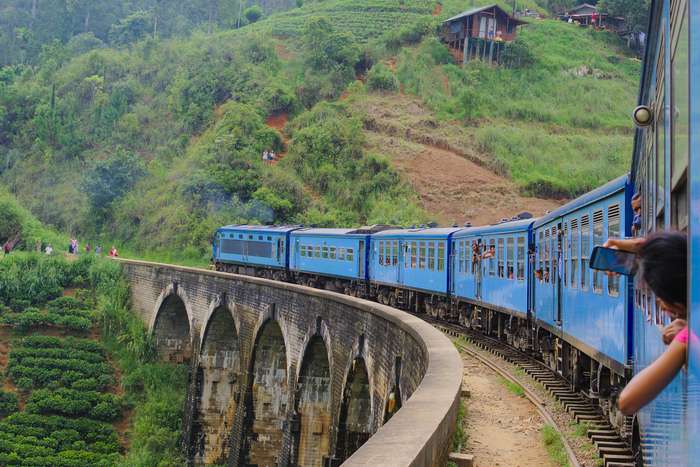 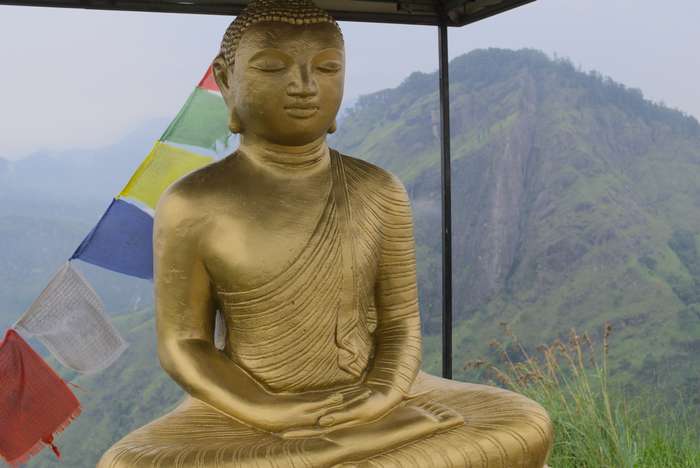 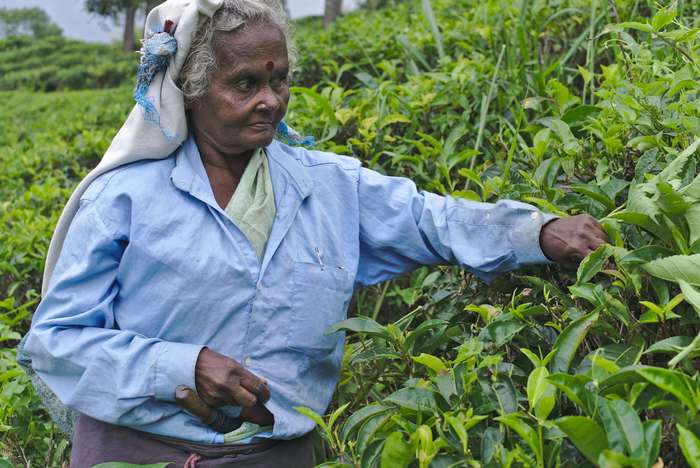 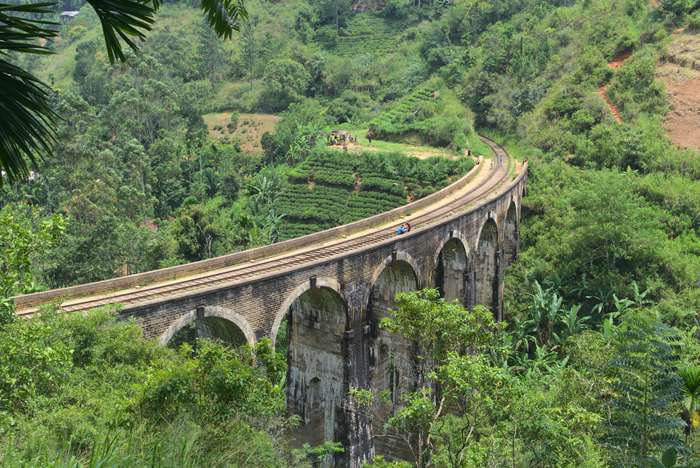 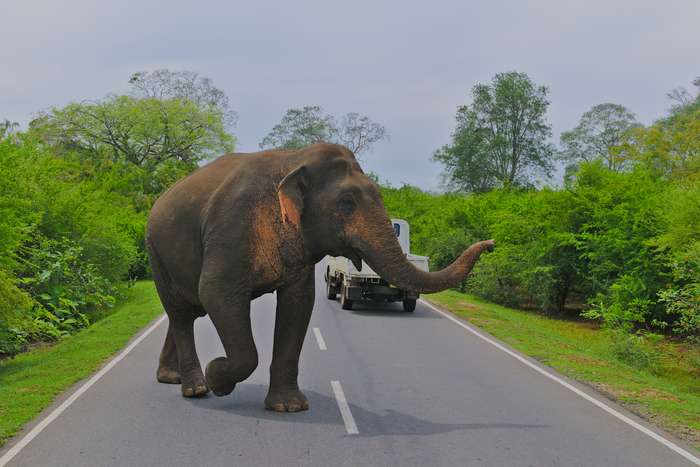 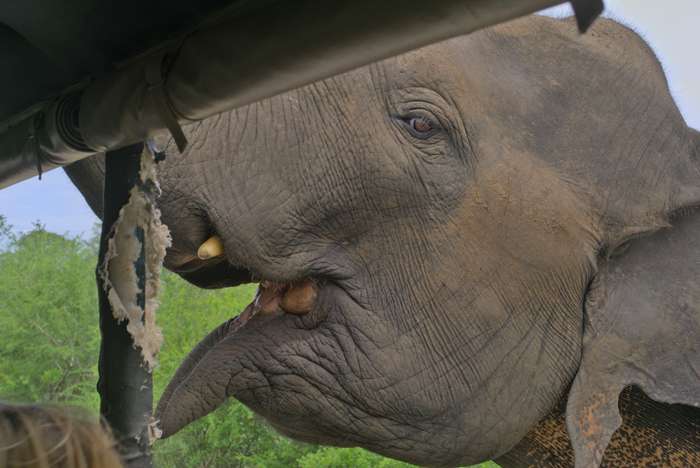 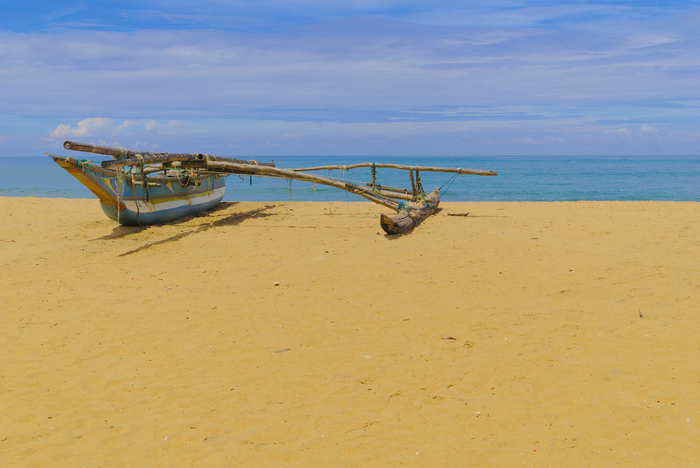 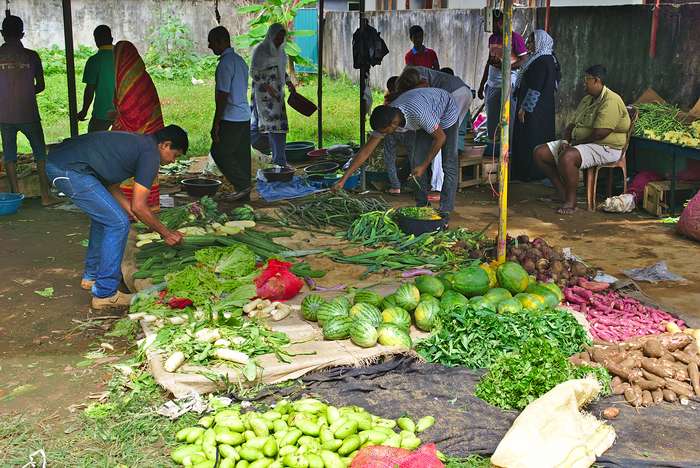 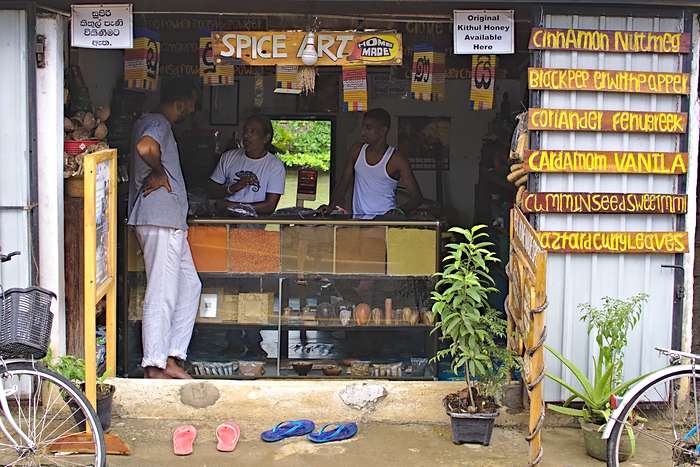 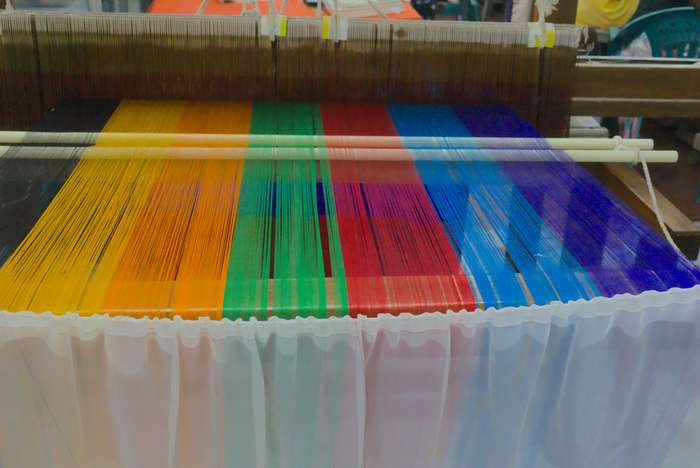 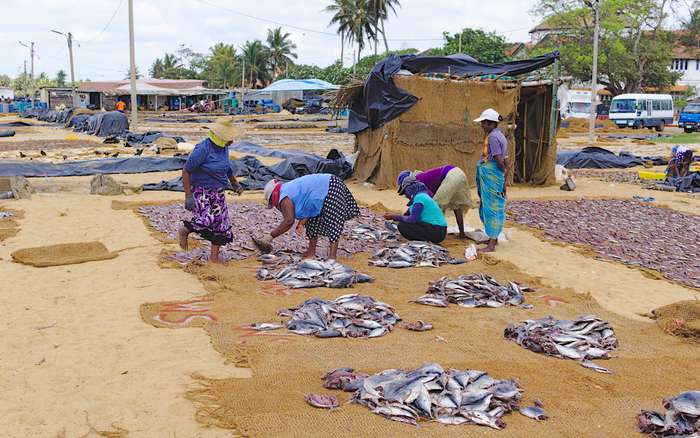 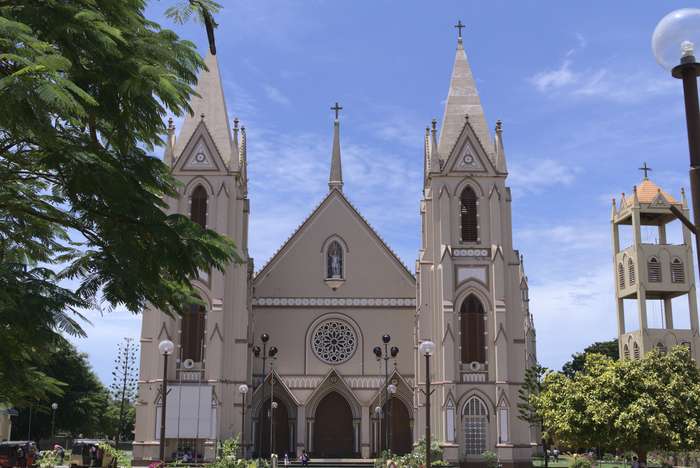 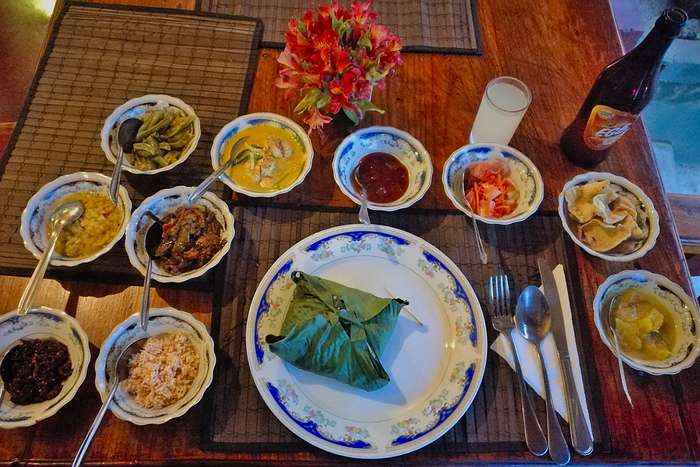 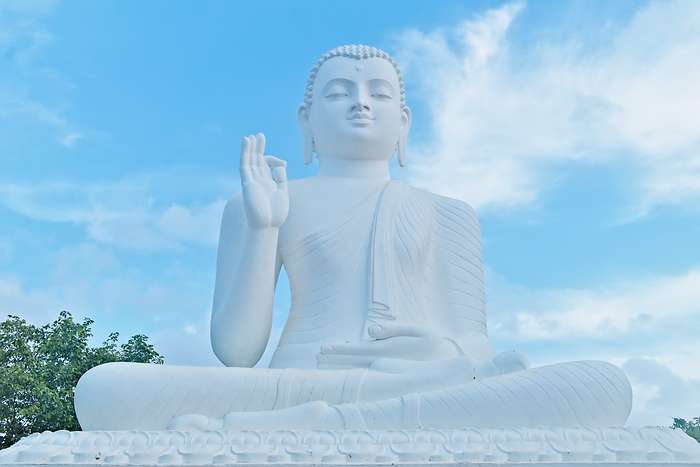 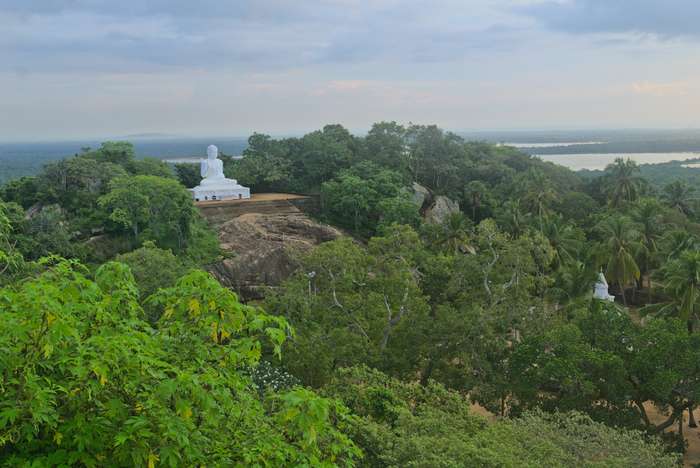 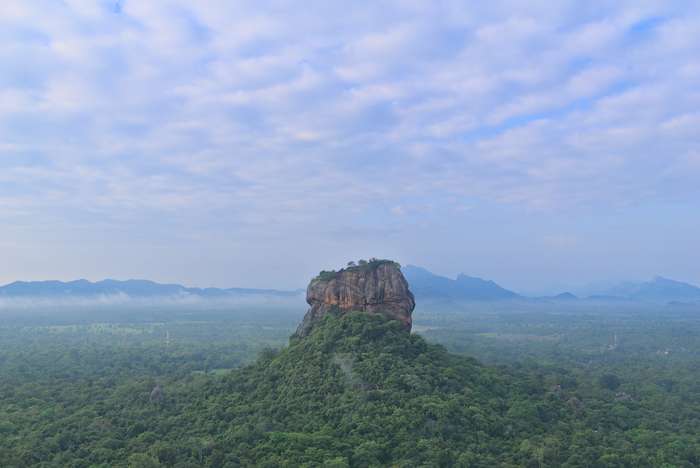 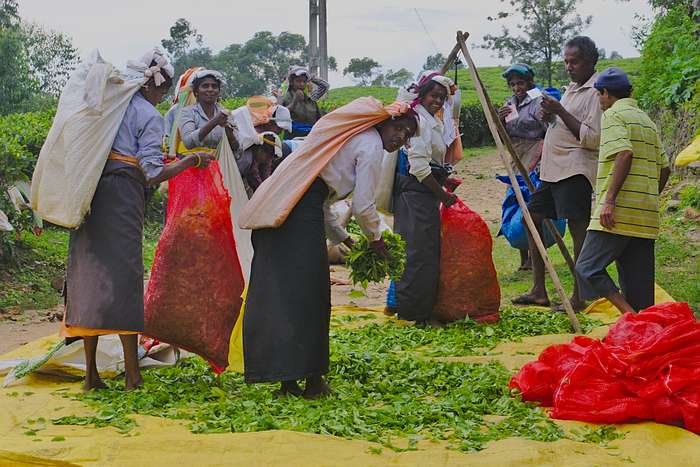 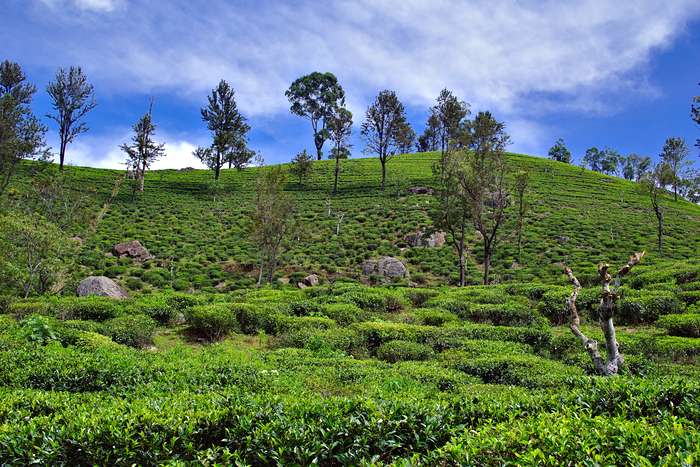 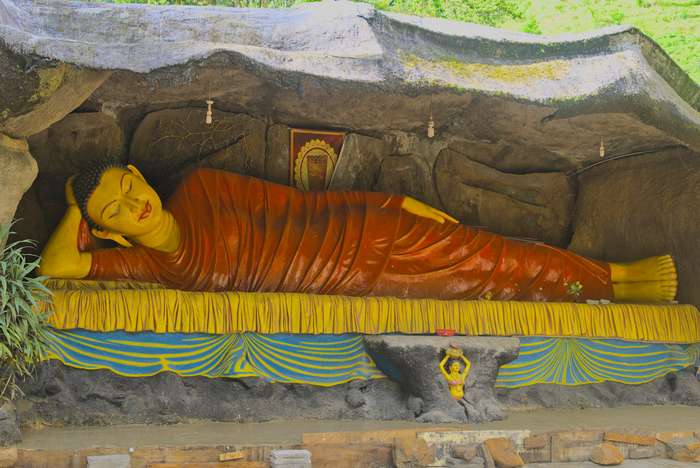 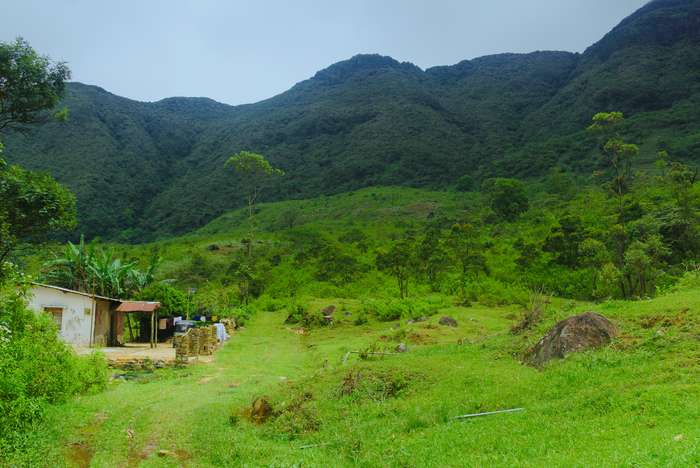 How can I book a tour and how is the booking process?

Just contact us via email or you can simply use the inquiry form on the tour page.
For the booking process we need:
– Amount of travellers
– Name
– Birthday
– Passport number
– Address
– Phone number

After your booking we will send you:
– Booking confirmation
– Payment details

How can I pay a tour?

You can pay via direct bank transfer on our Sri Lankan bank account. Further payment methods are currently not available. Thus, you don’t need to pay high credit card fees. After your deposit and remaining payment you will get an invoice. Please note, that the tour price on your booking confirmation has to be paid into our bank account, eventual transfer costs has to be paid by the traveller.
You can easily compare your bank transaction fees with other money transfer companies like e.g. Transferwise or Azimo.

I want to travel on a date which is not available

Where does the tours start and end?

Usually we pick you up from the international airport in Colombo and bring you back at your departure time. If your arrival- or departure time is earlier or later than the tour start or end, we can arrange you the pick-up and bring service to the airport.

If you arrive earlier or depart later than the tour dates, we will arrange an accommodation for you.

If the tour start is less than 28 days ahead at the time of booking, then the full tour price is due immediately.

Excelent tour! The idea of a homestay tour is genius! Totally affordable, we got a chance to experience “real Sri Lanka”, interacting with people in the places we stayed in, sometimes cooking along, playing with the children, talking to everyone. It is relaxing to know that food, travel, activities, overnight stay, are all paid for and taken care of. Plus the friendship we received from Yusuf, our guide, and Namal, our driver! They did everything that was necesary to provide the services agreed upon, and also to arrange extras activities we were interested in, like Balloon flying, snorkeling, whale watching! It was just perfect, and we will always be thankful to them and to every simple person we met in Sri Lanka… A disclaimer, though: This tour is for people who do not except high level services, because meals are usually served at homes or in family restaurants. Even though some of the houses we stayed in had rooms nicer than 4 star hotels!

Yusuf & our driver Namal gave us a lovely tour of Sri Lanka. With Eurolanka you get to see the country through the eyes of a local. We met so many lovely people running small guesthouses. We really felt made welcome.
Yusuf has great ideas for making your stay special. One of our highlights was cooking with his lovely wife.

Thansk to Eurolanka to organising a very individual tour for me. Nice little bungalows or appartments were chosen as i wished. The driver dorv every safe in the crazy Sri Lankan traffic and all was set up to meet my requirements.

Staying in Galle with Yusuf and seeing all the beautiful places (tee plantation, river safari, turtle retreat, shopping areas and all the interesting temples, mosuqes and churches) made me feel very welcomed in this nice city.

I can highly recommend Yusuf and his team for the indidvidual Sri Lankan travel experience and especially the foody experience. The home made food was like heaven….

Thanks for a winderful time – i will definitely come back!